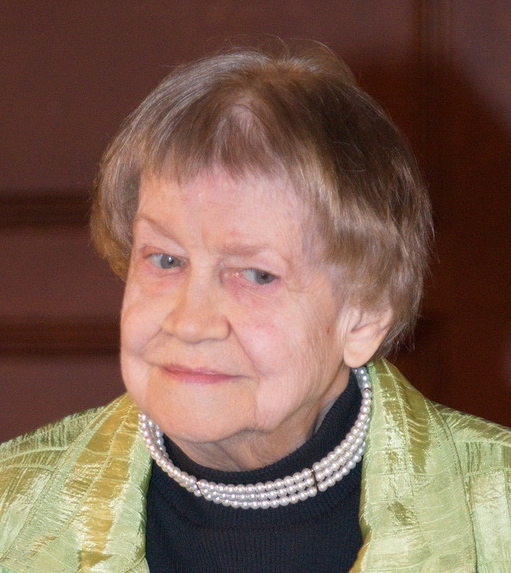 Our castmate Norma Johnston has retired from acting with the group for the time being.  Norma was the longest standing member of Dramatis Personae, having joined in the fall of 1996.  She performed in Arrivals & Departures, Ballad of the Sad Café, Richard Cory, Under Milk Wood, The Dining Room, numerous short plays presented in the context of our fall productions, and many other earlier performances.

An imaginative, creative and expressive actor, Norma is also known for her good nature, her wisdom, and her sense of humour.  We hope to continue enjoying her company as much as possible!

Below are a few pictures.  A still photo can only hint at an actor's gifts, but these will give you some idea of Norma's expressiveness.

The following pictures show Norma in her role of "Lily Smalls"
in our Spring 2011 production of Under Milk Wood ...

... and in her role as one of the narrative Voices in Under Milk Wood: 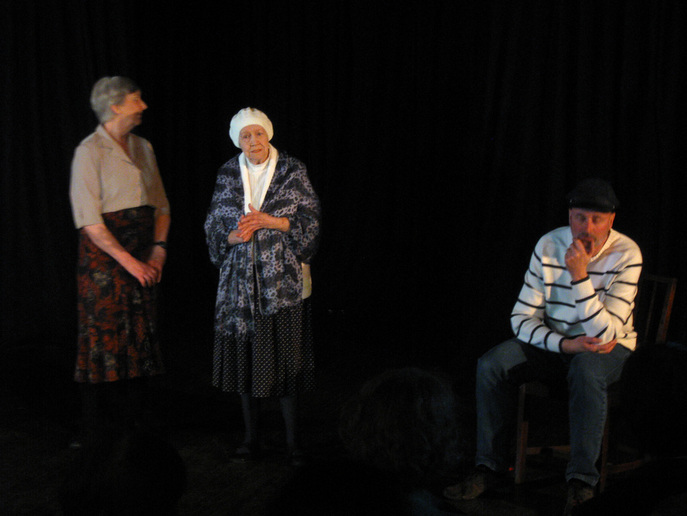 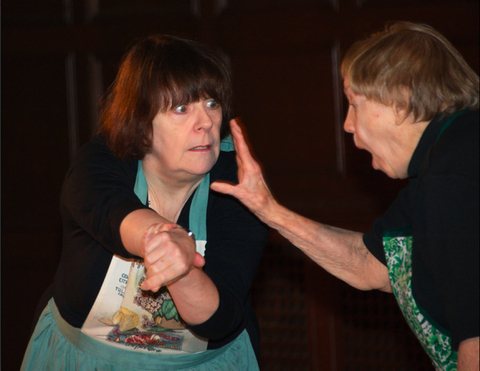 Norma performed as "Mrs. Dobbs" in our Fall 2012 Production of Scruples:

Here are a few photos of Norma at Cast Parties: