The earliest productions by Westmount's Dramatis Personae that we have photographs of were Richard III by William Shakespeare in 1985 and The Cherry Orchard by Anton Chekhov in 1986.  These  photos were provided by Rachel Michie, an early member and an actor in those productions.
Rehearsals for "Richard III", 1985 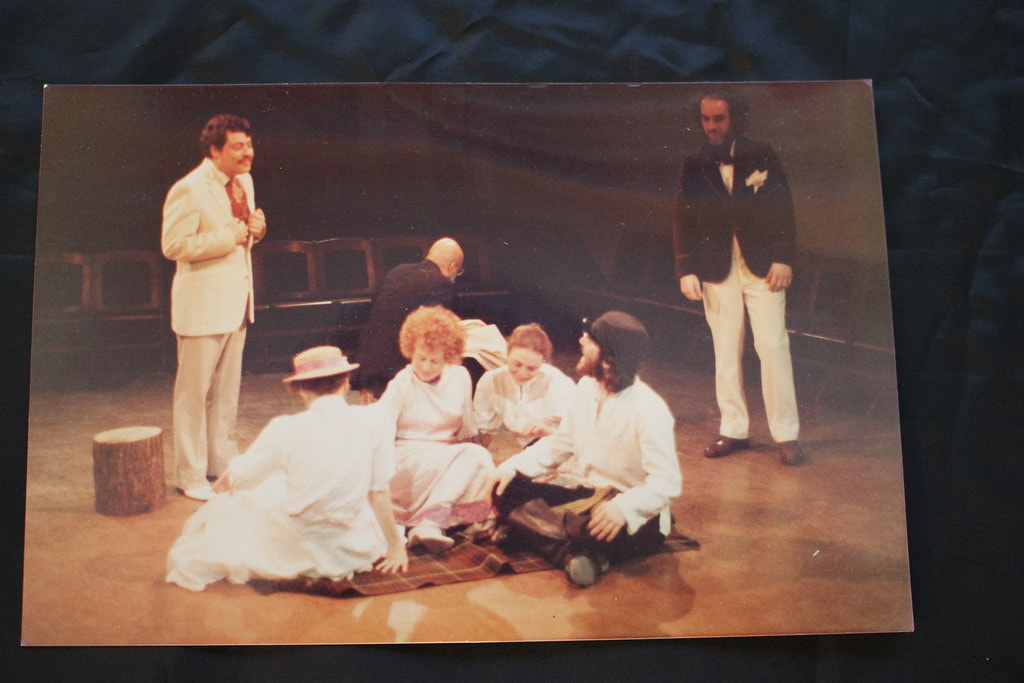