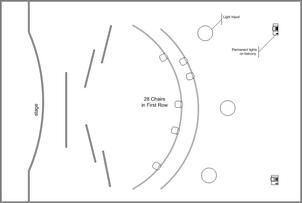 The diagram on the left shows a scale drawing of the planned arrangement of the Concert Hall at Victoria Hall for the Under Milk Wood Production.  Going from left to right is

2. A 20' screen allowing passage between left and right stage wings as well as back drop for the center stage

3. 4 X 10' screens which define the left and right stage areas. The screens are not connected to allow exiting vis the mid wings

4. Two rows of seating, the first row being 28 chairs long


Pictures were taken when the layout was mocked up using chairs Wednesday 26 Jan. The three single chairs in the stage area are the chair locations during the Introduction scene. 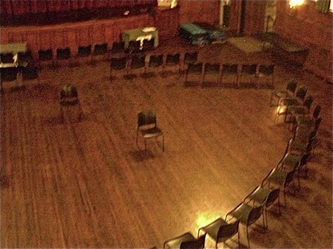 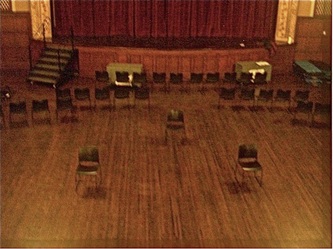 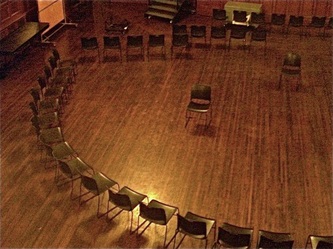 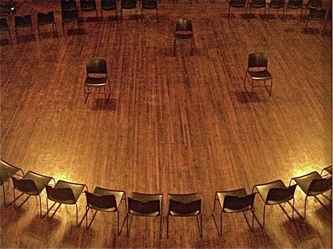